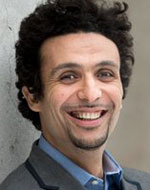 Dr Mehdi Bennis is an Associate Professor at the Centre for Wireless Communications, University of Oulu, Finland, Academy of Finland Research Fellow and head of the intelligent connectivity and networks/systems group (ICON). His main research interests are in radio resource management, heterogeneous networks, game theory and distributed machine learning in 5G networks and beyond. He has published more than 200 research papers in international conferences, journals and book chapters. He has been the recipient of several prestigious awards including the 2015 Fred W. Ellersick Prize from the IEEE Communications Society, the 2016 Best Tutorial Prize from the IEEE Communications Society, the 2017 EURASIP Best paper Award for the Journal of Wireless Communications and Networks, the all-University of Oulu award for research, the 2019 IEEE ComSoc Radio Communications Committee Early Achievement Award and the 2020 Clarviate Highly Cited Researcher by the Web of Science. Dr Bennis is an editor of IEEE TCOM and Specialty Chief Editor for Data Science for Communications in the Frontiers in Communications and Networks journal. Dr Bennis is an IEEE Fellow.

Abstract: This keynote will first start by presenting recent advances in distributededge intelligence over and for wireless networks, in terms of key technological enablers, algorithms and applications. Subsequently, a new vision, referred to as VisionX, sitting at the intersection of semantic (post-Shannon) communication, machine learning and control will be presented. At its core, instead of transmitting data that is either redundant, stale or useless to a receiver to carry out a task, only learned semantic representations that are causal, disentangled and invariant are exchanged among agents to induce a behavioral change. These representations constitute the basis for true intelligent communication, control, reasoning, and will be instrumental in enabling human-machine, machine to machine interaction and other unforeseen applications.

Sunghyun Choi is an Executive Vice President and Head of the Advanced Communications Research Center at Samsung Research, Samsung Electronics, Seoul, Korea. He was a professor at the Department of Electrical and Computer Engineering, Seoul National University (SNU), Seoul, Korea from Sept. 2002 to Aug. 2019, and served as a Vice Dean for Academic Affairs, College of Engineering during the last two years at SNU. He received his B.S. (summa cum laude) and M.S. degrees in electrical engineering from Korea Advanced Institute of Science and Technology (KAIST) in 1992 and 1994, respectively, and received Ph.D. at the Department of Electrical Engineering and Computer Science, The University of Michigan, Ann Arbor in 1999. He is currently heading researches and standardization for 6G, B5G, and IoT connectivity at Samsung Research. He co-authored over 250 technical papers and holds over 160 patents, and numerous patents pending. He has served as a Program Committee Co-Chair of IEEE WCNC 2020, IEEE DySPAN 2018, ACM Multimedia 2007, and IEEE WoWMoM 2007. He has served as an editor of numerous publications including IEEE Transactions on Wireless Communications, IEEE Transactions on Mobile Computing, and IEEE Wireless Communications Magazine. He was named IEEE fellow in 2014.

Talk Title: Technical Challenges & Prospect towards Beyond 5G and 6G

Abstract: 5G technology is being applied to the core infrastructure of a wide range of industries, and is utilized to support everything from high-quality communications services to smart factories, vehicle-to-vehicle communication, and a raft of other new services. Thus networks of the future will demand capabilities that can process enormous amounts of information, which means that more powerful network equipment will be required, and the softwarization of technology, which can lower costs, will become increasingly important.

The path to overcoming some of the current technological challenges facing communications technologies lies in enriching software’s capabilities and advancing AI. Furthermore, both academia and industry are initiating research activities to shape the next-generation communication system, namely 6G. This speech will introduce a comprehensive overview of various aspects including technical and societal trends, services, requirements, and candidate technologies for 6G. 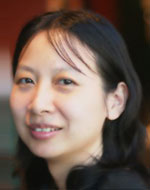 Yingying (Jennifer) Chen is a Professor of Electrical and Computer Engineering and Peter Cherasia Endowed Faculty Scholar at Rutgers University. She is the Associate Director of Wireless Information Network Laboratory (WINLAB). She also leads the Data Analysis and Information Security (DAISY) Lab. She is an IEEE Fellow. Her research interests include mobile sensing and computing, cyber security and privacy, Internet of Things, and smart healthcare. Her background is a combination of Computer Science, Computer Engineering and Physics. She had extensive industry experiences at Nokia previously. She has published over 200 journal articles and conference papers. She is the recipient of multiple Best Paper Awards from EAI HealthyIoT 2019, IEEE CNS 2018, IEEE SECON 2017, ACM AsiaCCS 2016, IEEE CNS 2014 and ACM MobiCom 2011. She is also the recipient of NSF CAREER Award and Google Faculty Research Award. She received NJ Inventors Hall of Fame Innovator Award and is also the recipient of IEEE Region 1 Technological Innovation in Academic Award. Her research has been reported in numerous media outlets including MIT Technology Review, CNN, Fox News Channel, Wall Street Journal, National Public Radio and IEEE Spectrum. She has been serving/served on the editorial boards of IEEE Transactions on Mobile Computing (IEEE TMC), IEEE Transactions on Wireless Communications (IEEE TWireless), IEEE/ACM Transactions on Networking (IEEE/ACM ToN) and ACM Transactions on Privacy and Security. She is very active in conference organization including serving as the Technical Program Co-chair of IEEE INFOCOM 2022, ACM MobiCom 2018, ACM WiSec 2019, IEEE CNS 2016, and IEEE MASS 2013 and the General Co-chair of IEEE/ACM CHASE 2020, IEEE DySPAN 2019, and ACM MobiCom 2016. For more information, please refer to her homepage at: http://www.winlab.rutgers.edu/~yychen/.

Talk Title: Exploring the Power of Mobile Sensing and Computing for IoT Security and Smart Healthcare

Abstract: With the advancement of mobile sensing and pervasive computing, extensive research is being carried out in various application domains such as Internet of Things (IoT), smart healthcare, smart home, and their security issues. This talk explores the power of mobile sensing and computing technologies that benefits people’s daily lives and makes impacts on the society’s advancement, especially in two emerging areas: IoT security and smart healthcare. In particular, we study how to turn any solid surface into a touch screen to facilitate user authentication in IoT applications and how to perform vital signs monitoring during sleep leveraging prevalent WiFi. The first part of my talk introduces the idea of extending user authentication beyond traditional touch screens to any solid surface for smart access systems (e.g., access to apartments, vehicles or smart homes). The system builds upon a touch sensing technique with vibration signals that can operate on surfaces constructed from a broad range of materials. It integrates passcode, behavioral and physiological characteristics, and surface dependency together to provide enhanced security for many IoT applications. The second part of my talk describes how to track human vital signs of breathing and heart rates during sleep, which serve as critical inputs for assessing the general physical health of a person and providing useful clues for diagnosing possible diseases. Different from previous work, our system re-uses existing WiFi network for tracking vital signs of breathing and heart rates concurrently without dedicated/wearable sensors or customized hardware (e.g., USRP). The system exploits the fine-grained WiFi signals to capture the minute body movements caused by breathing and heartbeats. The proposed system thus has the potential to be widely deployed in home environments and perform continuous long-term monitoring at a low-cost. Finally, I will share some new research directions with the aim of influencing the future of smart home and smart cities using pervasive networking technologies